What exactly is Speech Therapy? 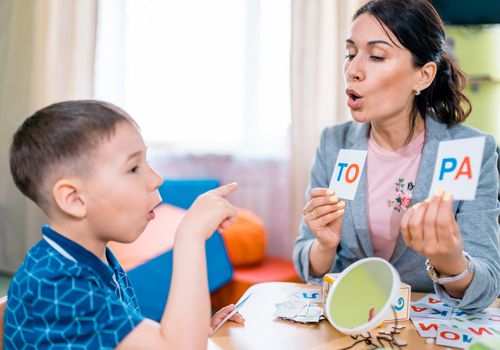 To improve communication, speech therapy techniques are used. Depending on the type of speech or language disorder, these may include articulation therapy, language intervention activities, and others.

Speech therapy may be required for childhood speech disorders or adult speech impairments caused by an injury or illness, such as a stroke or brain injury.

What is the purpose of speech therapy?

Speech therapy can help with a variety of speech and language disorders.

What takes place during speech therapy?

An SLP will usually conduct an assessment to determine the type of communication disorder and the best way to treat it. 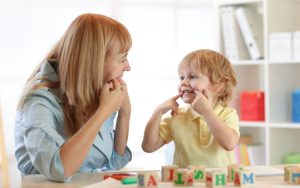 Interact by talking and playing, as well as using books, pictures, and other objects as part of a language intervention model to help stimulate language development. correct sounds and syllables for a child’s age-group appropriate play to teach the child specific sounds
provide strategies and homework on how to do speech therapy at home for the child and parent or caregiver. 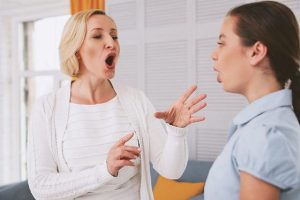 If an injury or medical condition, such as Parkinson’s disease or oral cancer, has caused swallowing difficulties, therapy may also include swallowing function retraining.

If you want to try speech therapy exercises at home, there are many resources available, including:

Language development games and toys, such as flip cards and flash cards, and workbooks for speech therapy.

How long will you require speech therapy?

The length of time a person requires speech therapy is determined by several factors, including:

Some speech disorders appear in childhood and improve with age, whereas others persist into adulthood and necessitate long-term therapy and maintenance.

A communication disorder caused by a stroke or another medical condition may improve as the condition improves and treatment is received.

Some speech disorders appear in childhood and improve with age, whereas others persist into adulthood and necessitate long-term therapy and maintenance.

A communication disorder caused by a stroke or another medical condition may improve as the condition improves and treatment is received.

How effective is speech therapy?

Speech therapy success rates vary depending on the disorder being treated and age group. When you begin speech therapy can also influence the outcome.

Speech therapy for young children has been shown to be most effective when started early and practised at home with the participation of a parent or caregiver.

No comments to show.

Connect with Us / WhatsApp